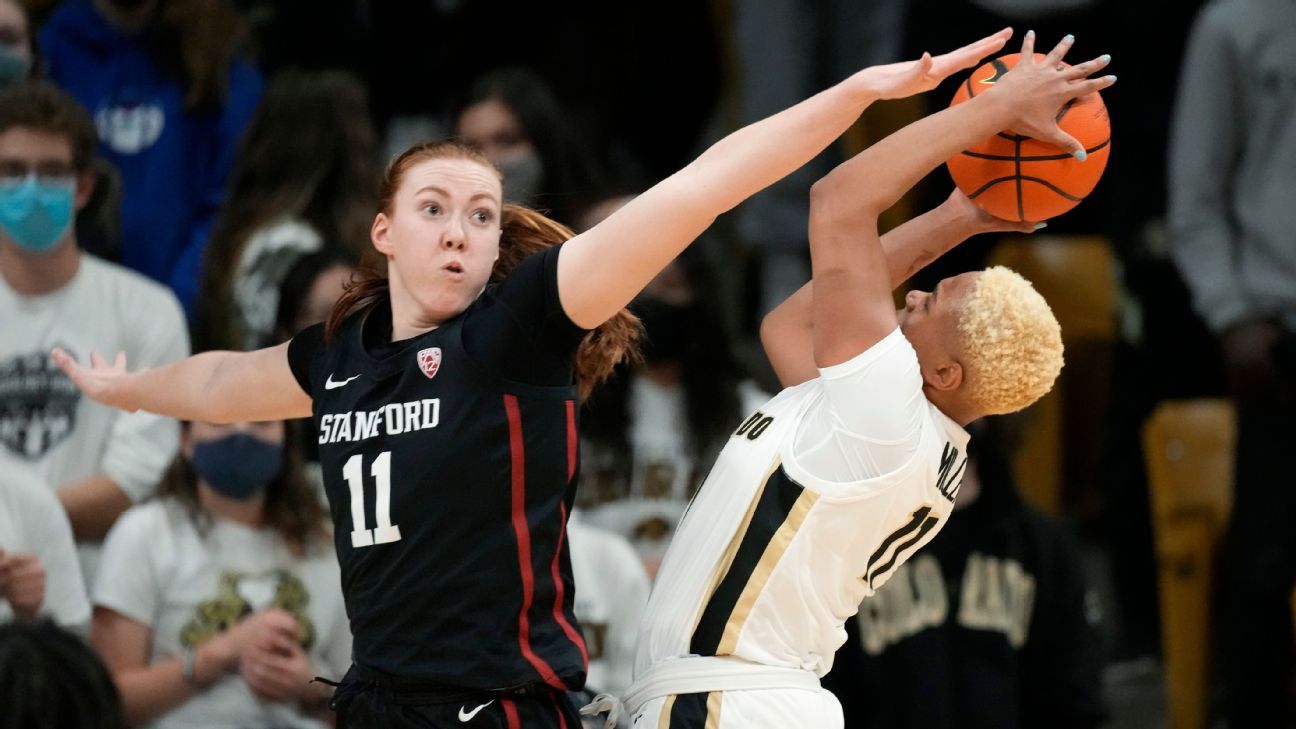 The last undefeated team in Division I men’s or women’s basketball fell on Friday. The No. 22 Colorado women, who entered the night 13-0, lost to No. 2 Stanford 60-52 in Boulder, Colorado.

The Cardinal, 12-3 overall and 3-0 in the Pac-12, was the first team the Buffalos played this season. All three of Stanford’s losses came against ranked teams: Texas, South Florida and South Carolina.

the no. 1 Gamecocks lost their only game so far on December 30 in Missouri overtime. Three women’s teams entered the new year undefeated: Arizona, Colorado and North Carolina. The Tar Heels fell to No. 5 NC State on January 6 and the Wildcats lost to USC on January 9.

Last January, Colorado defeated Stanford in Boulder in overtime, one of only two losses to eventual National Champion Cardinal.

Stanford trailed 15-8 after a quarter and 28-24 at halftime. However, the Cardinal was able to seal the win by beating the Buffs 19-11 in the fourth quarter. And the Stanford defense held Colorado standout Mya Hollingshed to seven points on 2 of 12 pre-game shots.

“I won’t tell you that the game was beautiful,” said Stanford coach Tara VanDerveer. “But it was a hard win.”